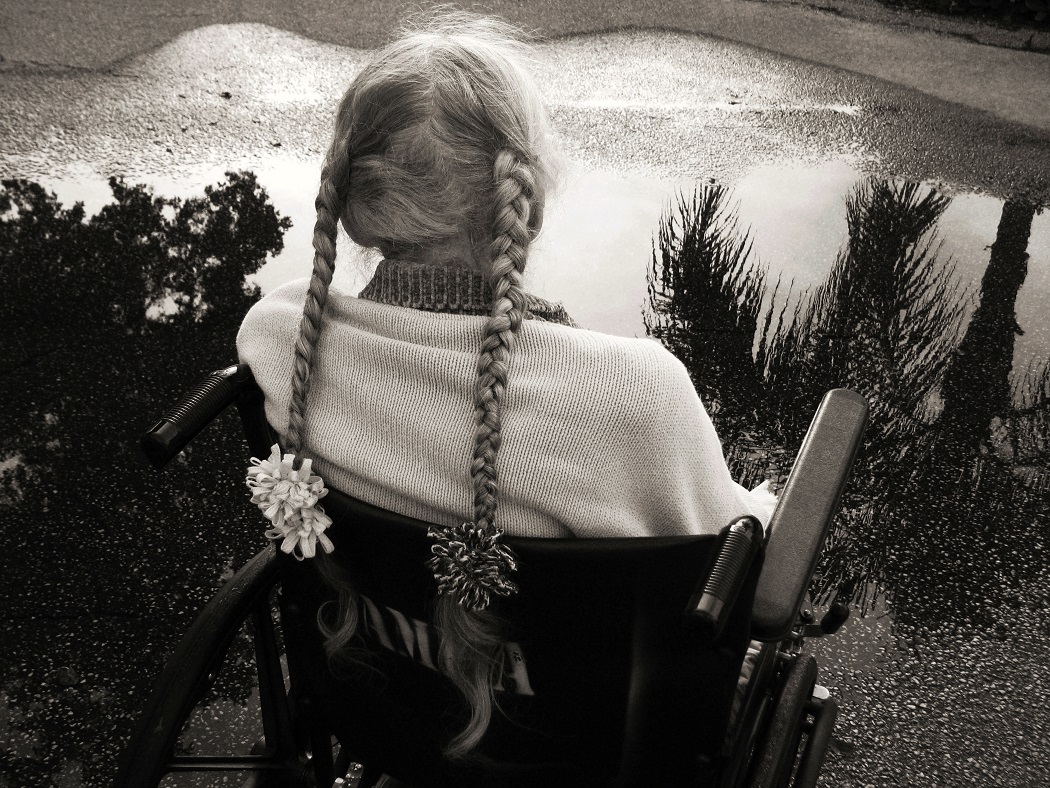 Maggie Steber about her exhibition
Madje has dementia:

“Everyone says the tie that binds us is love or blood but I think it is memory.
For nine years I cared for my mother Madje as she set sail on the melancholic voyage of memory loss. Madje was a scientist. She did research and wrote important papers. She saved lives.

After four years of flying home each month to care for her, I moved her to Miami. For one blissful year, at a jewel of an assisted living facility, we enjoyed sitting in the lovely gardens where green parrots squawked overhead and attending tea parties in the library. Then she began to wander.
I had to move Madje. I visited fifty places. One was a lock-down facility that had been recommended. After the tour, I ran to my car and wept.

I finally found an odd but welcoming place where people of various ages lived, where a code could get you in and out the door–nothing like a prison–and where most of the nursing assistants were Cuban or Romanian. These caregivers were wild women with hearts of gold who became like sisters to me, an only child, and daughters to my mother.

I photographed my mother trying to make new memories to replace those she and I had lost, and to save myself from some of the heartbreak of me being forgotten. I showed her the photographs. They were like postcards from distant lands. Each day recollection was thrown into the sea we crossed, making it easier for her to go.

Toward the end of her life we would lie on her big bed by the open window, a sigh of wind blowing the lace curtains over us. I wondered how she could be so beautiful at the end, even as her brow was knit with confusion.

Madje died in my arms one week after her 89th birthday.” 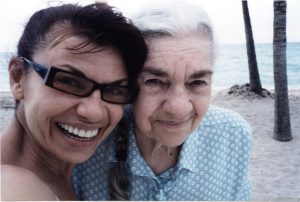